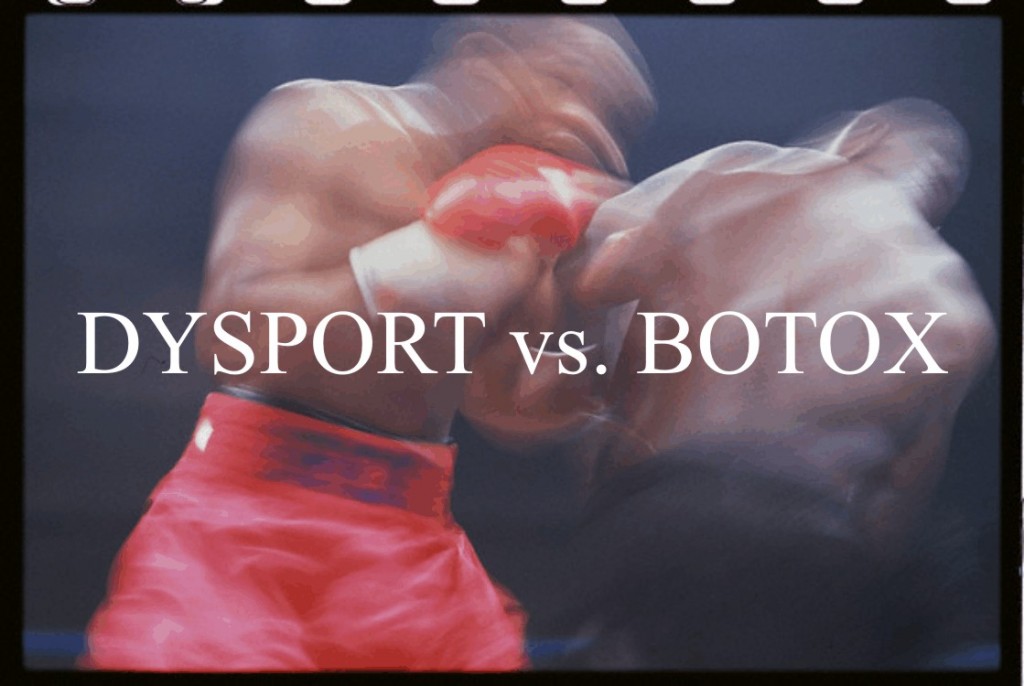 Having held the championship title in Wrinkle correction since 1989, Botox faced a new contender when Dysport earned FDA approval for use in the United States in 2009.

Sizing up Dysport to Botox:

Both are Botulinum A Toxins which “paralyze” the muscle BUT there are differences:

1. Dysport is approximately the same price as Botox , even with more units being administered; the price point is still the same.

3. The duration of effect seems a bit longer with Dysport, although both tend to last between 3 to 5 months.

In the end, brand loyalty doesn’t weigh in as heavily as faster onset, at least for the patients at Devlin Cosmetic Surgery, Dysport seems to be the clear winner.