Enlarged male breasts, often referred to as Gynecomastia, may be more common than you think. This condition can be caused from hormones, steroid use and certain medications. Over the last decade there has been an increase rate of men requesting plastic surgery for an increase in self-confidence and improved body contours.  According to the American Association of Plastic Surgery (AAPS) Statistics for 2014 there has been a 29% increase in men undergoing gynecomastia surgery in the last ten years. The new 2015 report should be available later this month but male breast reduction is expected to have increased even more from the previous year.

Men with enlarged breasts often suffer in silence, afraid to go to the gym and beach and often feel self-conscious in intimate situations. Dr. Michael Devlin is bringing Gynecomastia out of the closet with most common myths exposed.

Myth #1: Obesity is the root cause of enlarged breasts in men.

Truth: This condition can happen to any one at any size. Some people have a misconception that having male breasts is due to being overweight.  Gynecomastia can happen to men because of hormonal fluctuations in their body which results in growing glandular disorders in their breast just like women’s breasts. Gynecomastia occurs when a male develops actual breast tissue, not just a bit of fat in the chest area.

Myth #2: Daily exercise will get rid of gynecomastia.

Myth #3: Large male breasts (Gynecomastia} does not have a psycho-social impact.

Fact: It has a negative impact on the psycho social well being of adolescents and men with large male breasts regardless of the severity.

A study released in 2013 surveyed males aged 12-21 years old. Each group had varying degrees of Gynecomastia. The findings showed that Gynecomastia significantly impacted the emotional well being of young males no matter how severe the condition was.

Fact: Approximate 40% of all males have some degree of breast enlargement. These men will often hide underneath layer or baggy shirts to avoid embarrassment.

Myth #5: Male Breast Reduction is the only option for gynecomastia and has a difficult recovery.

Fact: When teenagers have enlarged breast, it can be caused from hormones. Often times the problem resolves itself on its own without intervention. If Gynecomastia happens after puberty, this often times a result of medications or over productive hormones. If the condition is a side effect of medication use, you might have to stop taking that medication. Depending on the degree of Gynecomastia, Dr. Devlin will use methods like liposuction, breast tissue excision, or a combination of the two. Most patients are just taking a few days off from work to recover. 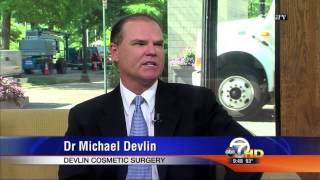 Click Here for Male Breast Reduction before and after photos 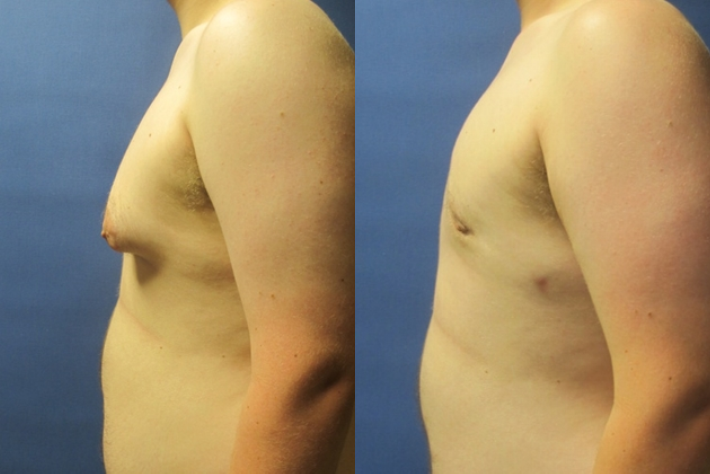 Call Dr. Michael Devlin today at (501)227-8811 or use the online form below to schedule your confidential consultation.